Hi, I’m Kurt, and I’m a ham radio operator.  Of course,  as I write that I almost expect to hear a chorus of answering voices saying “Hi Kurt”.  Ya.  Ham radio is kinda like that.

Actually, I’d call myself a ham radio novice (does that make me an amateur novice???).  Now you have your typical ham radio operator that makes a web site.  You may know the type – he’s the the one that has a shack with enough communications equipment to supply SETI.  That’s not me.  I’m just starting out.  This web site in general is for me me document how I get to be the kind of ham radio operator everyone thinks of.  This article is all about why I want to. Original 1945 Cover to “The Short-Wave Mystery”

I’ve wanted to have my ham radio license ever since I was ten.  I was an avid reader, and books like “The Adventures of the Mad Scientist’s Club” or, even more particularly, the Hardy Boys “The Short-Wave Mystery” filled my imagination with the mysterious world of morse code and strange, distorted sideband voices tuned in by operators going as much by feel as by science.  Voices from the ether and the promise of being able to, myself, reach all across the world if I wanted to.  As a pre-internet adolescent, the notion of something that could connect me to literally anywhere on the globe was beyond exciting.  It appealed to the latent secret agent decoder-ring side that I think every male must have somewhere.  But as much as it appealed, as an adolescent, the expense of radio equipment was daunting.  And getting a license wasn’t exactly easy.  It wasn’t like today where the requisite knowledge was just a few internet clicks away.  The internet is an enabler for many things.  A catalyst.  It lowers the activation energy required.  I didn’t have that catalyst, and so the prospect of doing it all by myself was intimidating.  I hadn’t yet learned of amateur radio clubs.

By high school I had exhausted the limits of what the Radio Shack 100-in-1 electronics kit of my childhood could teach me.  Believe me, I put that kit through its paces.  Lucky for me, my high school not only had a computer science program, but also an electronics program.  Not many did.  I loved it, and I excelled at it.  I had a teacher that saw my hunger for what electronics could accomplish and fed it.  So I had the knowledge I needed (though at the time I didn’t know that I knew enough for my license), but by then I’d been lured away. Distracted by computers and digital electronics.   Not that that was terrible.  Heavens, it was cool stuff too.  I was programming assembly language and building arithmetic logic units.  In the summer after eleventh grade my teacher let me take home one of the lab’s Commodore SuperPet computers for the whole summer.  That was my summer.  The day I managed to hack together a hand-made serial interface for that old, beautiful beast of a computer and connect it to a 300 baud modem my older brother had given me, I stayed up literally all night connecting to BBS after BBS.  I stayed up that night and most every other night that summer.  Those old BBSs would become the internet of my youth.  After exploring every BBS Edmonton (and the occasional long distance call elsewhere) had to offer, I ended up running my own BBS on software I wrote.   I even finagled a connection to the University of Alberta’s UUCP feed for email and USENET. 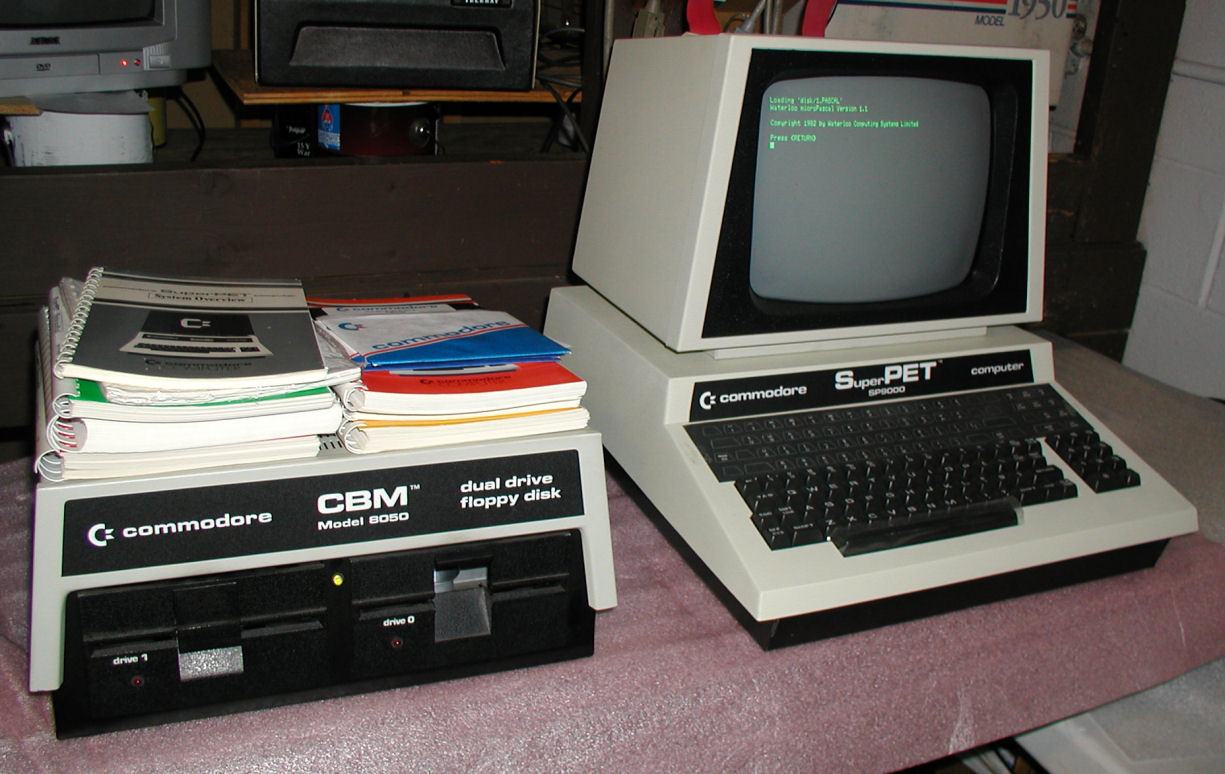 This is where the world really opened up.  I was one of the first people outside of a university environment with access to UUCP email.  And with USENET I could post a message onto a news group on my BBS, and half an hour later it was on the U of A’s system.  It would call two friends, and they’d call two friends, and so on and so on.  Half a day later and my message was propagated over most of North America.  By the next day it was all over the world.   That might seem like nothing now, but imagine it’s 1987 and you’ve got this in your basement.  And USENET then wasn’t the sewer then that it ended up becoming.  If I had a question about, well, almost anything… technology, math, physics… I could post it to the proper newsgroup and, if I was respectful and not stupid about it, I’d have answers from undergrads, grad students, even top professors from around the world.  It was pretty darn cool.

And then I graduated high school.  Enter in marriage, and family.  Children and schools and career upheavals, friends, rides, birthdays promotions firingsshoppinggoodnewsbadnewsdivorce…. life!   Thirty years of it pushing my old dream into the background.  Jobs in computer sales, then tech support, software development, project management in process control and automation… then a radical change to join the military and become a naval officer.  A lot of life, and yet still the ember of that old dream smoldered inside.

In the end, like most things turn out to be when you finally decide to focus your will on them, it actually wasn’t all that hard.  All it took, really, was just deciding that it wasn’t going to be that thing that other people did.  My experience in process control and automation as a systems developer and then project manager didn’t hurt.  Nor did my old high school electronics background.  I downloaded the practice questions from Industry Canada’s web site, and found once I learned the regulations (which make up about a third of the test) that the electronics part of the exam was dead easy.  I emailed an examiner from the list and a few days later I’d earned my basic with honors license.  It was almost underwhelmingly easy.  The daunting challenge it had seemed as a child would have been, after my first year of high school electronics, child’s play.  Now doing something with the license, that is, as I’m learning, the hard part.

This was a few years ago now.  Unfortunately an intervening attack of life in the form of a very personal upheaval and separation has significantly slowed down my progress towards getting started in earnest.  So while my license is a few years old (and despite the fact I have also since upgraded it to an advanced) I really still consider myself a bit of a newby.  Though, considering that the average time a ham radio operator has on his license seems to be measured in epochs, the few years I’ve had my license would be considered by most to a rank newby anyway.

So what have I done so far?  Well, I’ve also purchased some equipment.  Some beautiful old HF stuff from ebay which I’ll document elsewhere, and with which I have done absolutely nothing.  That and some 2m/70cm handhelds which I have used on local repeaters.  I’ve also started learned about this great thing called “amateur radio clubs”.  And I’ve been kicking myself, because I’ve learned that these folks are just great.  They would have only been too happy to help a youth get his license back when I first got interested.  I’m quite eager to get involved in the local club scene, though I’ve only been to a few meetings.  A few in Dartmouth when I first got my license and, more recently, now in Kings County.  Both times I sort of surprised the people there a little.  I’ve gathered that just calling up an examiner and taking the test cold isn’t the way people normally get their license.  They usually go to a club for a few months and take a weekly class first, so by the time they get their license, most of the community knows them.

Getting involved in the ham radio community seems to be what all ham radio operators want and do.  It’s universal, I suspect, the desire to contribute something.  So I’ve decided to go with my strengths. I’ve realized that there is very little out there that documents the experiences of a new ham starting up.  And since I have a lot of experience setting up a server, here I am.

I’ve been asked why quite a bit.  What is the attraction? In the face of satellite communications, an internet which gives instantaneous information and world-wide social connection, and smart mobiles that give easy multi-protocol wireless communication, why has the idea of having my ham radio license always remained the gold standard I was shooting for?  The short answer is this.  Infrastructure.  Your cell phone needs a tower, which itself needs land links.  Your internet probably needs wi-fi, and it definitely needs a dozen routers and a few thousand kilometers of cable and fiber between you and your destination.  A ham radio operator… there’s a radio at the source, and at the destination, and that’s all you need.  Communications infrastructure is terribly fragile.  During any kind of disaster, it’s one of the first things to go.  A ham radio works through almost anything short of an extinction level event.  And that, my friend, is secret-agent-decoder-ring cool.